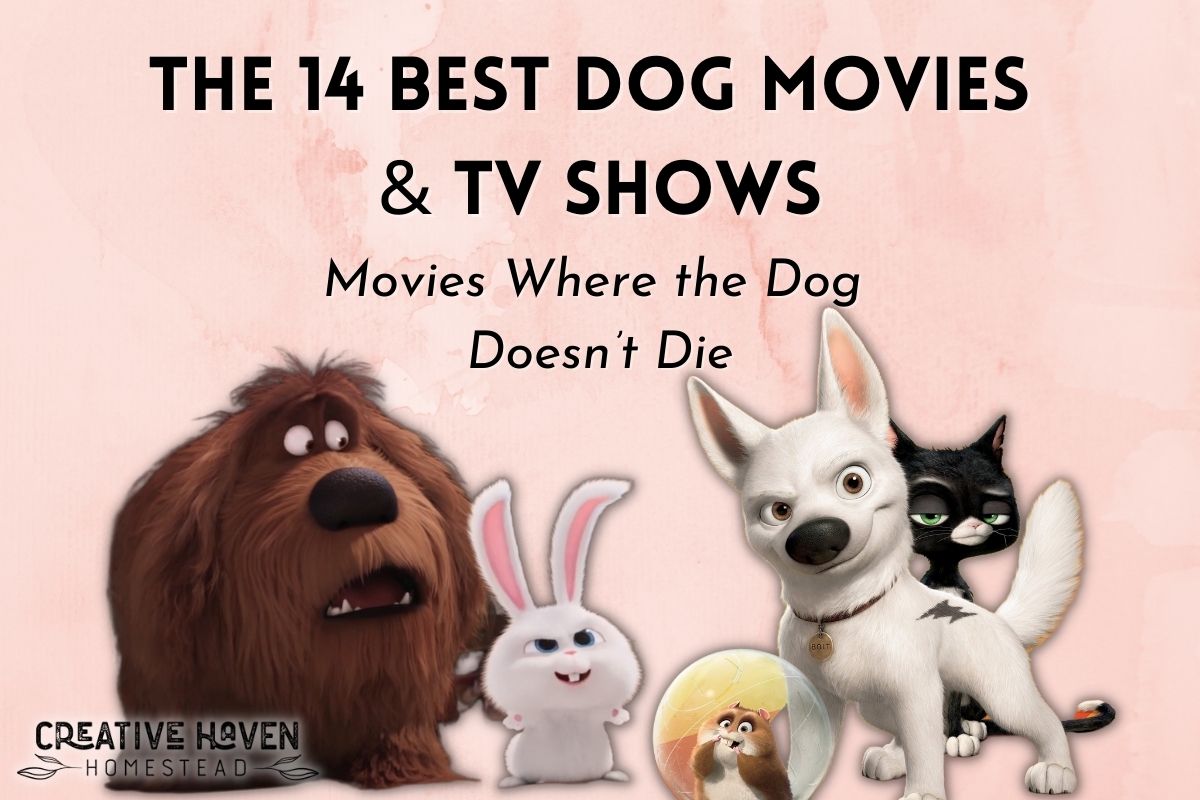 Movies these days all too often contain the death of a beloved animal, usually a protective, loving dog. However, sometimes you just want a cute dog movie where the dog doesn’t die. We’re here to help with a list of the best dog moves out there.

Here are some great choices for family movie night where you don’t have to spend the evening worrying if the dog will make it to the end credits.

From the classics to the current hits, dogs always make a great addition to a family-friendly movie. Here are some of the best dog movies to enjoy with your family and friends.

Note: If you choose to rent through one of our links, we might make a small commission.

In each adaptation, Annie tells the story of an orphan named Annie living in Ms. Hannigan’s home. While out of the house, Annie finds Sandy, a street dog, and protects her from being taken to the pound. When Annie returns to Ms. Hannigan’s, she tries to hide Sandy from Ms. Hannigan. She ultimately fails and gets punished for hiding a dog. Shortly after, the wealthy Mr. Warbucks takes Annie in, and she quickly turns his world upside down. Will Mr. Warbucks take Annie and Sandy permanently, or will she be forced to return to her life with Ms. Hannigan? 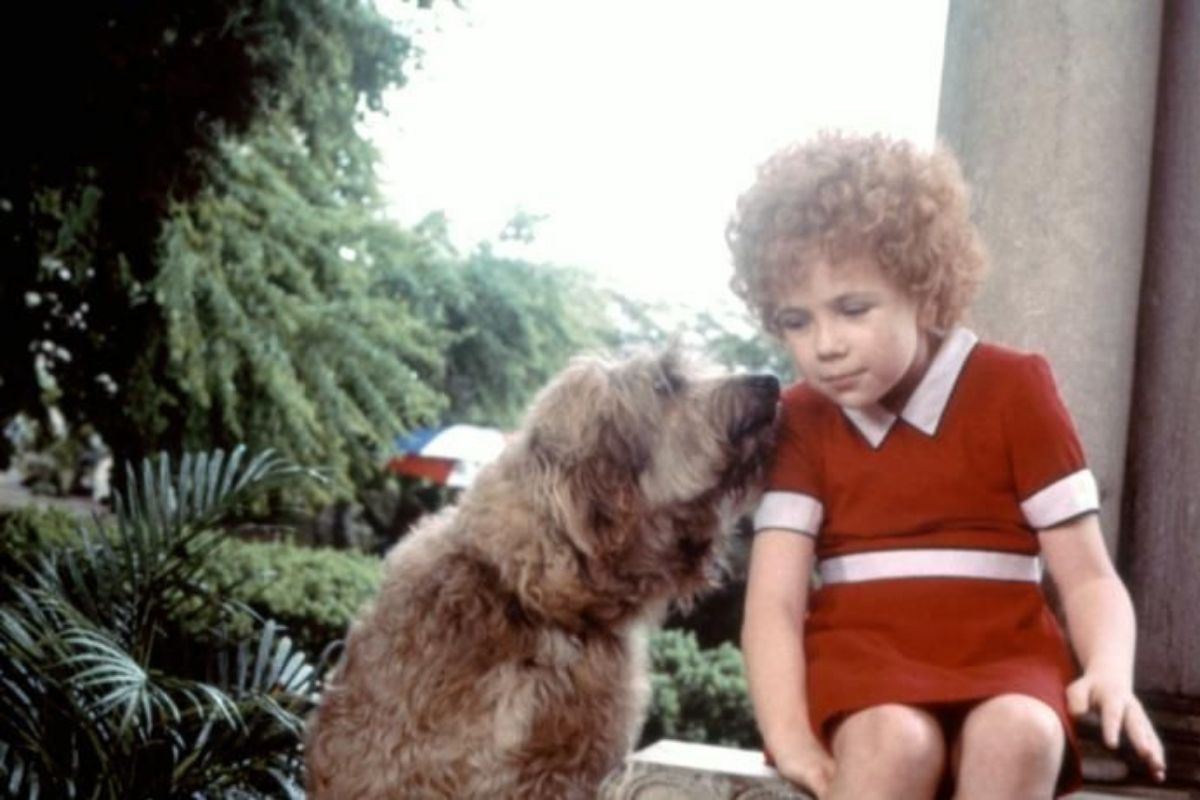 In this DreamWorks Pictures movie, siblings Andi and Bruce care for their dog, Friday. However, they have to keep him a secret from their foster parents who have a strict no pets rule. After Friday gets taken to the pound, the siblings get him back and hide him in an abandoned hotel with two new dogs (Georgia and Lenny). As they start to amass more dogs, the siblings work diligently to take care of all of them. Everything goes according to plan until neighbors and the local shelter get suspicious. Can they keep the operation under wraps? 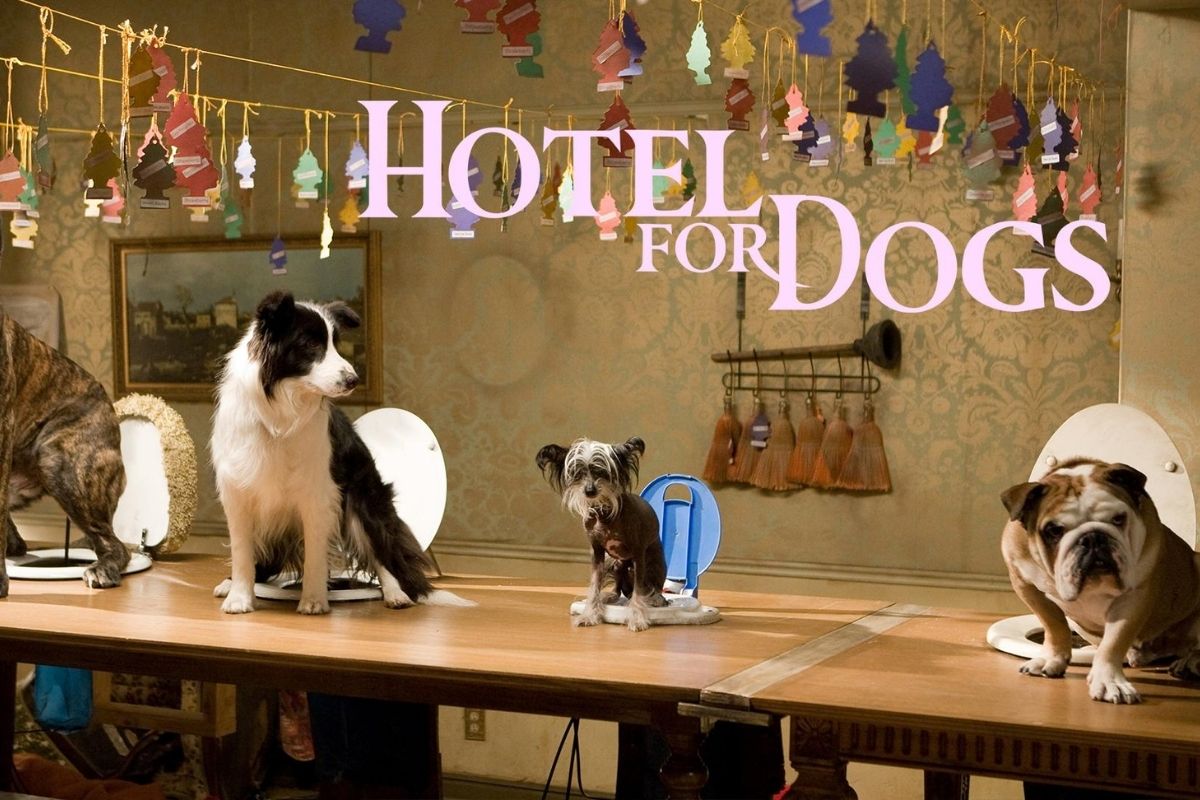 Another DreamWorks Animation movie, Mr. Peabody & Sherman follows the adventures of Mr. Peabody, an anthropomorphized dog, and his adopted son, Sherman. The two live together in New York City, where Sherman attends school with his bully, Penny Peterson. Penny mocks Sherman, and in an attempt to smooth things over between the two families, Mr. Peabody invites the family over for dinner with Ms. Grunion, a Child Protective Services employee. However, while at dinner, Penny and Sherman continue their arguing and embark on an adventure in Mr. Peabody’s WABAC, or time machine. The two engage in a series of adventures, but how will the dinner party end? Will Mr. Peabody and Sherman stay together? 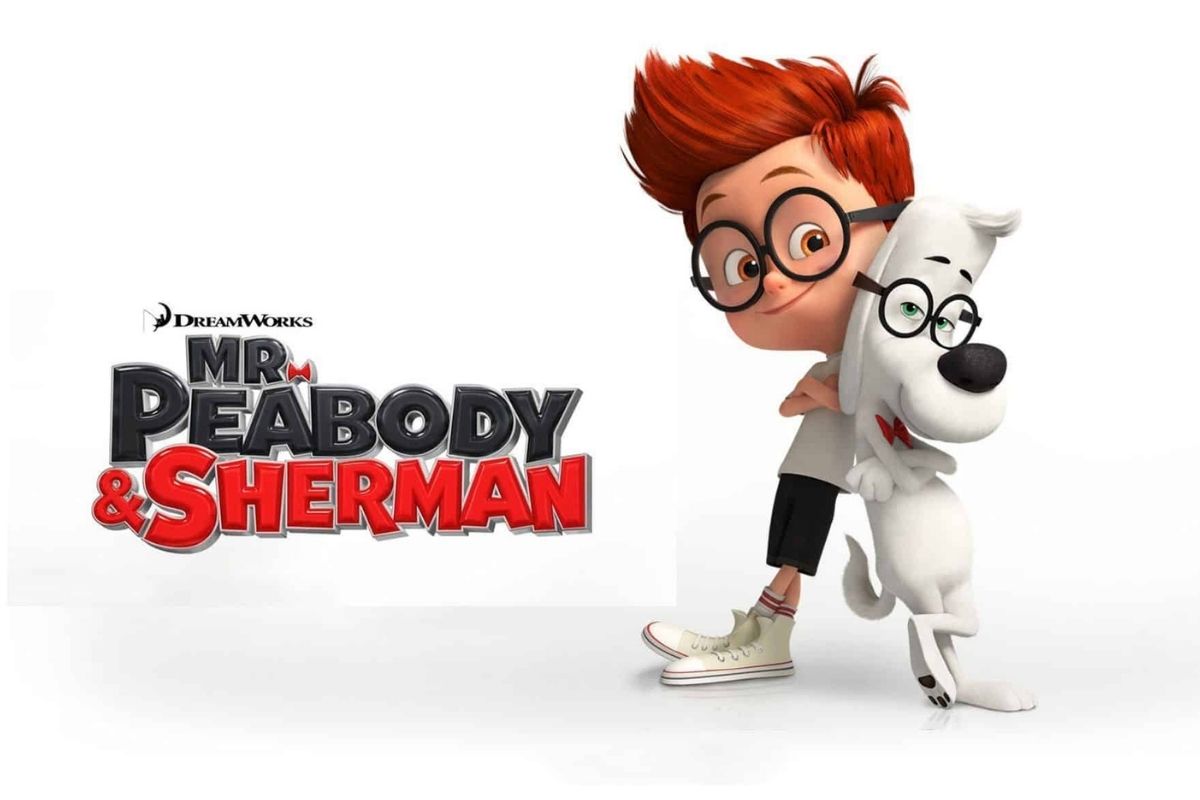 In this Illumination Entertainment production, Max, a Jack Russell Terrier, recounts his adventures while his owner is out of their apartment complex. Max adventures with a series of other apartment animals, including Gidget, a dog in love with Max. However, in a turn of events, Max and his newly adopted brother Duke, end up in an alley where they are attacked by a cat and taken by animal control. The two are rescued by a bunny, Snowball, the leader of a band of animals named “the Flushed Pets.” When the Flushed Pets learn that Max and Duke are domesticated pets wanting to return to their owner, Snowball turns on them. Will the two make it back to their apartment before Katie returns from work? And will the Flushed Pets get their revenge against animal owners of the world? 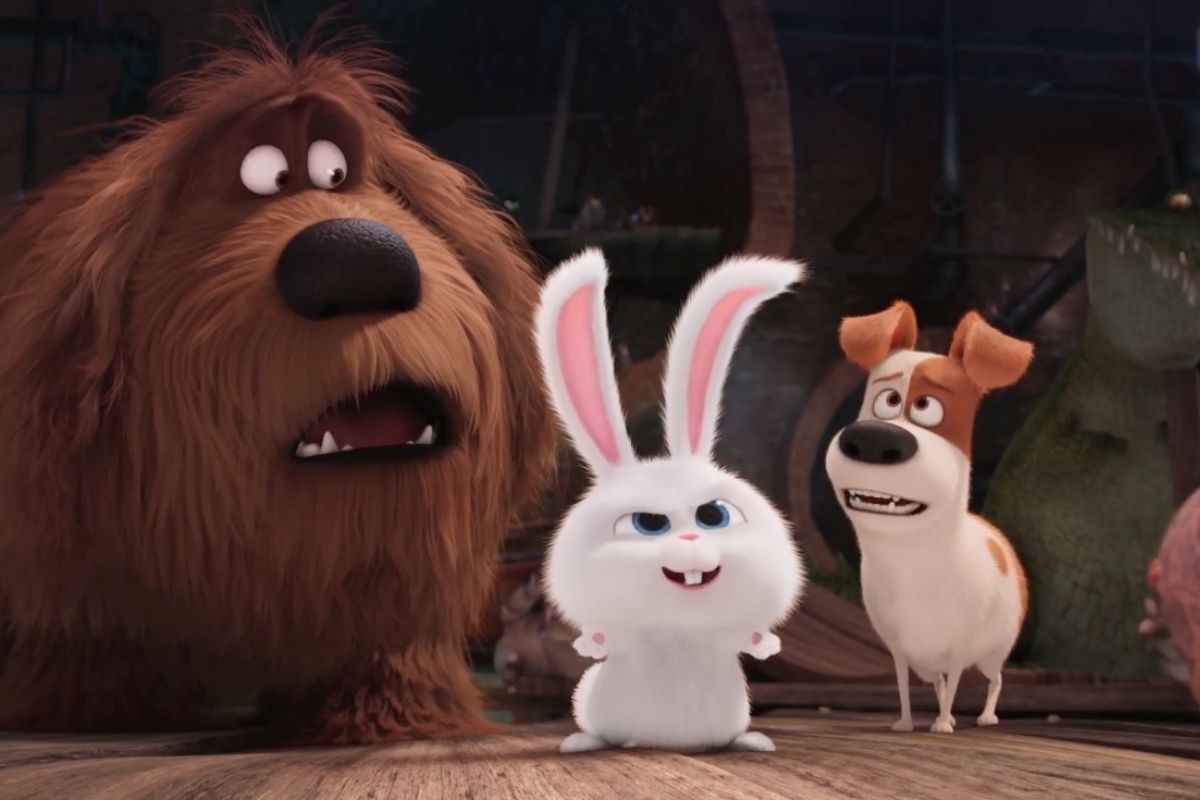 When it comes to famous dogs, you’d have a difficult time naming a more popular pup. You can’t get more classic than Scooby-Doo. Scooby-Doo follows a gang of students investigating supernatural mysteries that (usually) end with a human in a mask. Mystery Inc. has survived the decades by morphing each rendition to match a new age demographic.

The best part? Scooby-Doo always survives whatever danger the gang finds themselves in. 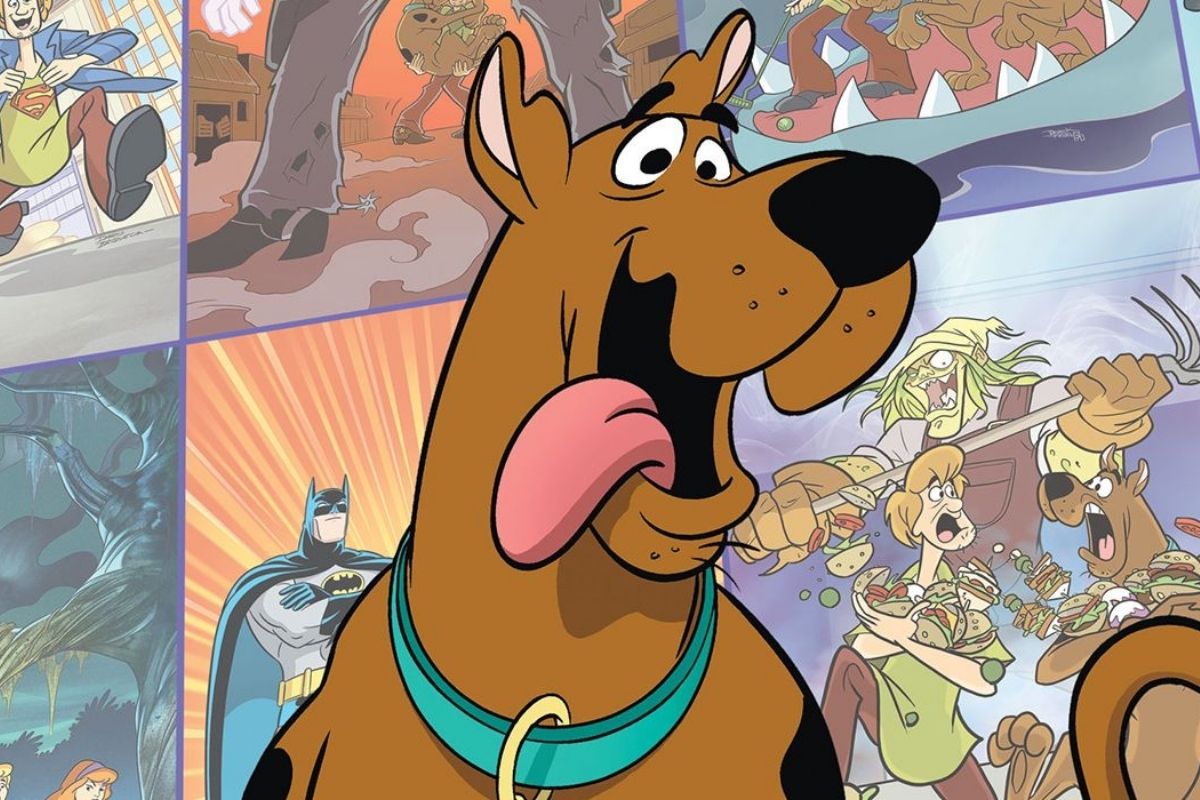 Hear us out: Dorothy Gale and Toto. Dorothy and Toto are transported from their Kansas farm to the wonderful world of Oz. The two adventure through Munchkinland where they meet Glinda the Good Witch. The two must traverse Oz to meet the Wizard to return home. On the way, Dorothy and Toto are joined by three new friends, the Scarecrow, the Tinman, and the Cowardly Lion.  Will Toto and Dorothy make it home or will they be stuck in Oz for good? 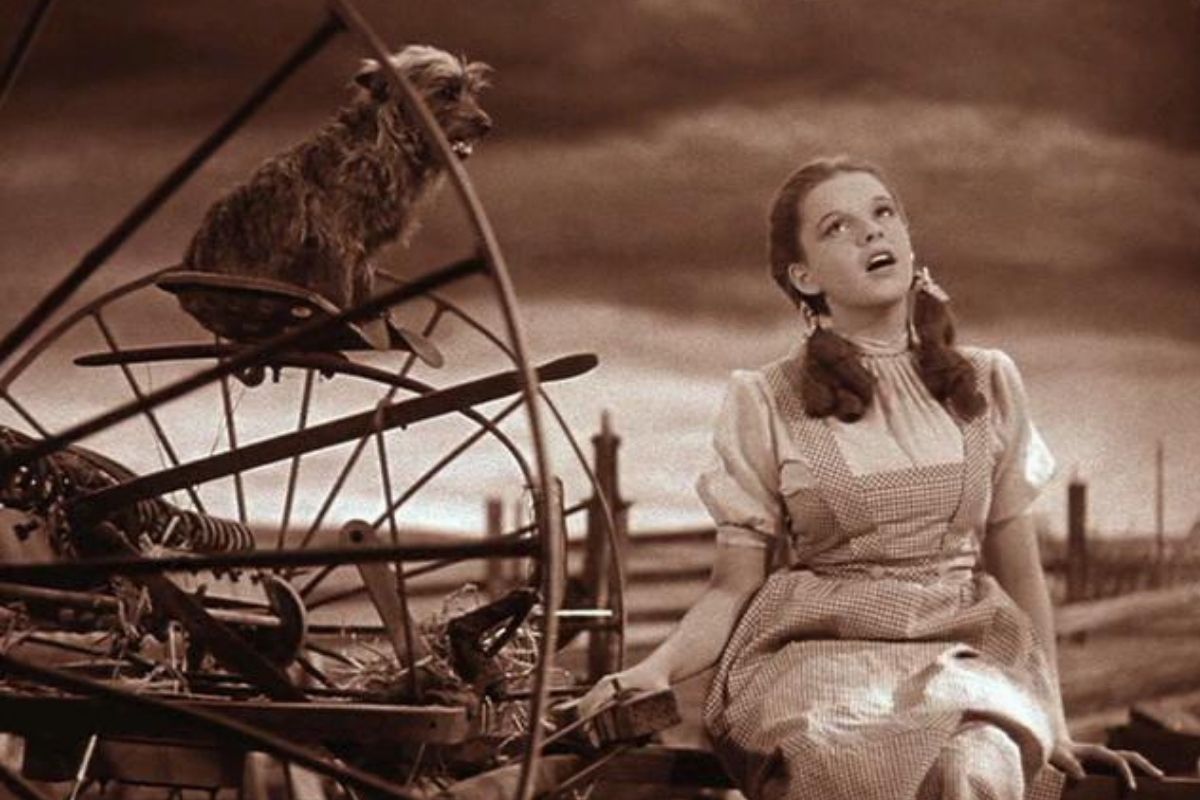 Disney has more than its fair share of movies featuring famous pups. Here are some of the best dog movies made by Disney. 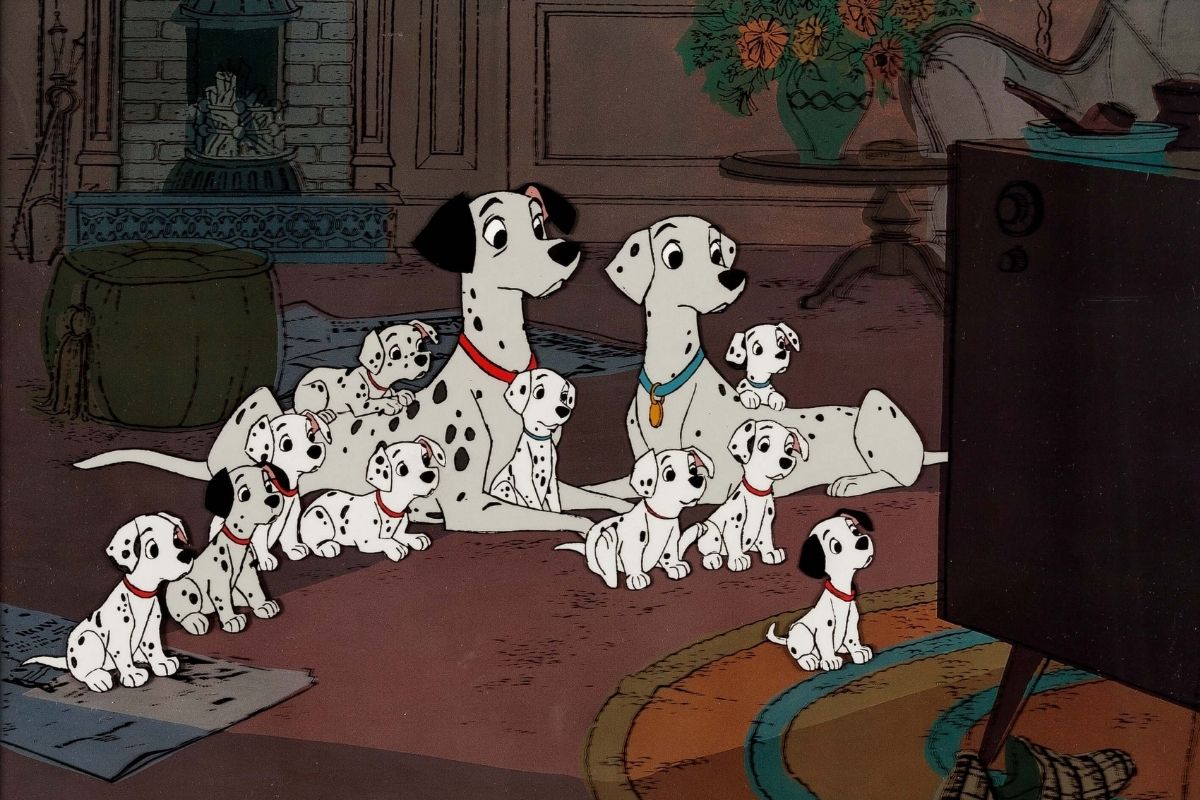 Bolt follows the the events of the dog actor Bolt and his human, 12-year-old Penny. When Penny and Bolt are separated, Bolt works diligently to return to Penny and save her from the evil Dr. Calico. However, Penny has never been in danger and now Bolt must reconcile that he is not a super dog, but rather a regular dog playing a special dog for TV. With the help of his new friends Mittens, a cat, and Rhino, a hamster, can Bolt make it back to Penny? Or will he forever be separated from his best friend? 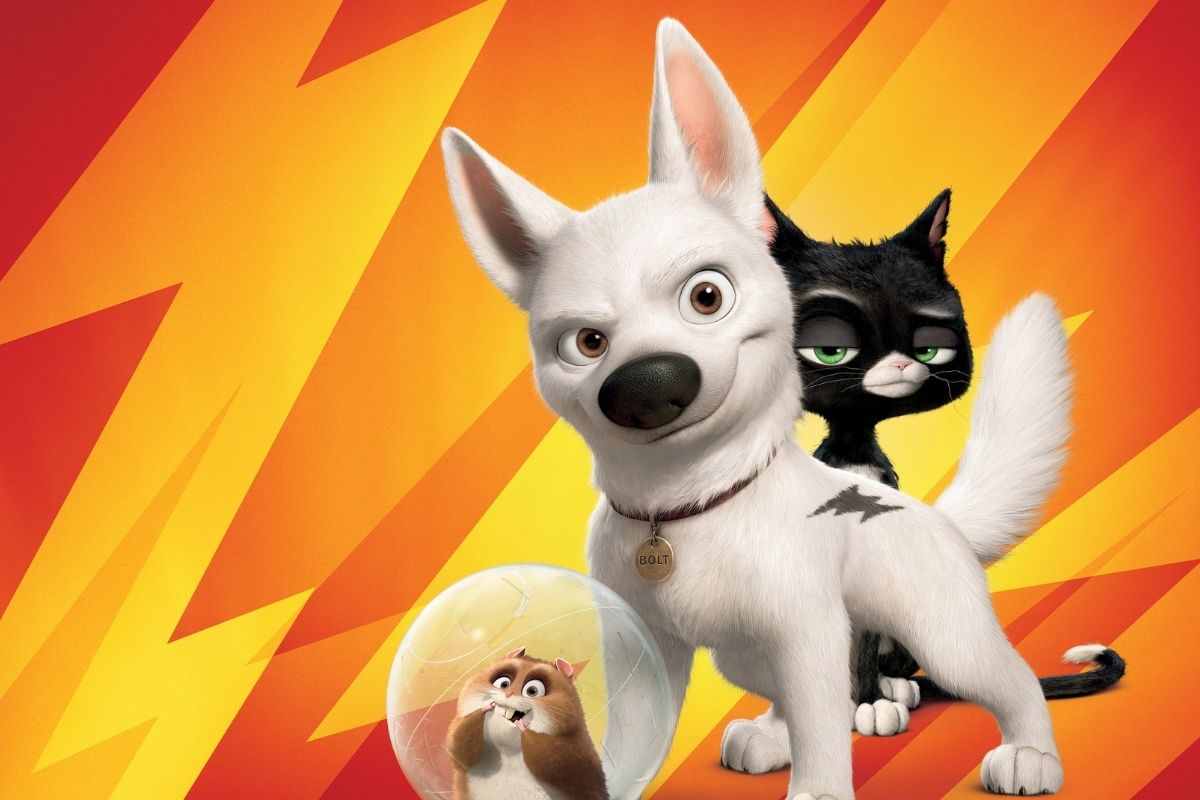 How can you not love athletic, treasure seeking, snow-loving super dogs? This series started with the original Air Bud movie which follows Josh Framm and a runaway golden retriever he names Buddy. Josh and Buddy play basketball together after school and eventually team up to help Josh’s basketball team qualify for state finals.  But how can the team win when Buddy’s original owner returns? Will Josh’s team win states? 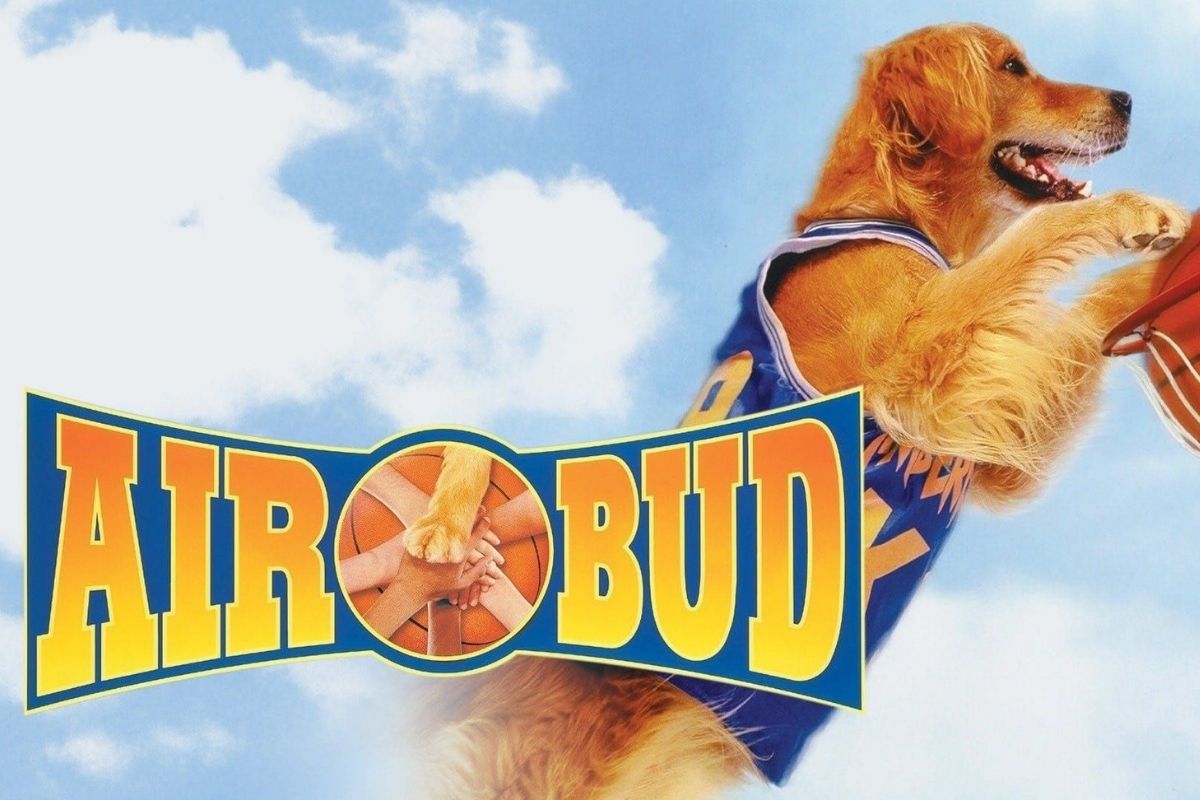 Looking for another puppy love story? Try Lady and the Tramp. Lady, a pampered cocker spaniel, and Tramp, a street mutt, meet after Lady’s owners leave for vacation and leave Lady with Aunt Sarah. Aunt Sarah’s cats traumatize Lady, but Aunt Sarah punishes Lady by muzzling her and taking her to the pet shop, where Lady runs away. Now on the streets, Lady meets up with Tramp who offers to guide her home. Will Lady make it back to her owners? Or will she choose to remain on the streets with Tramp? 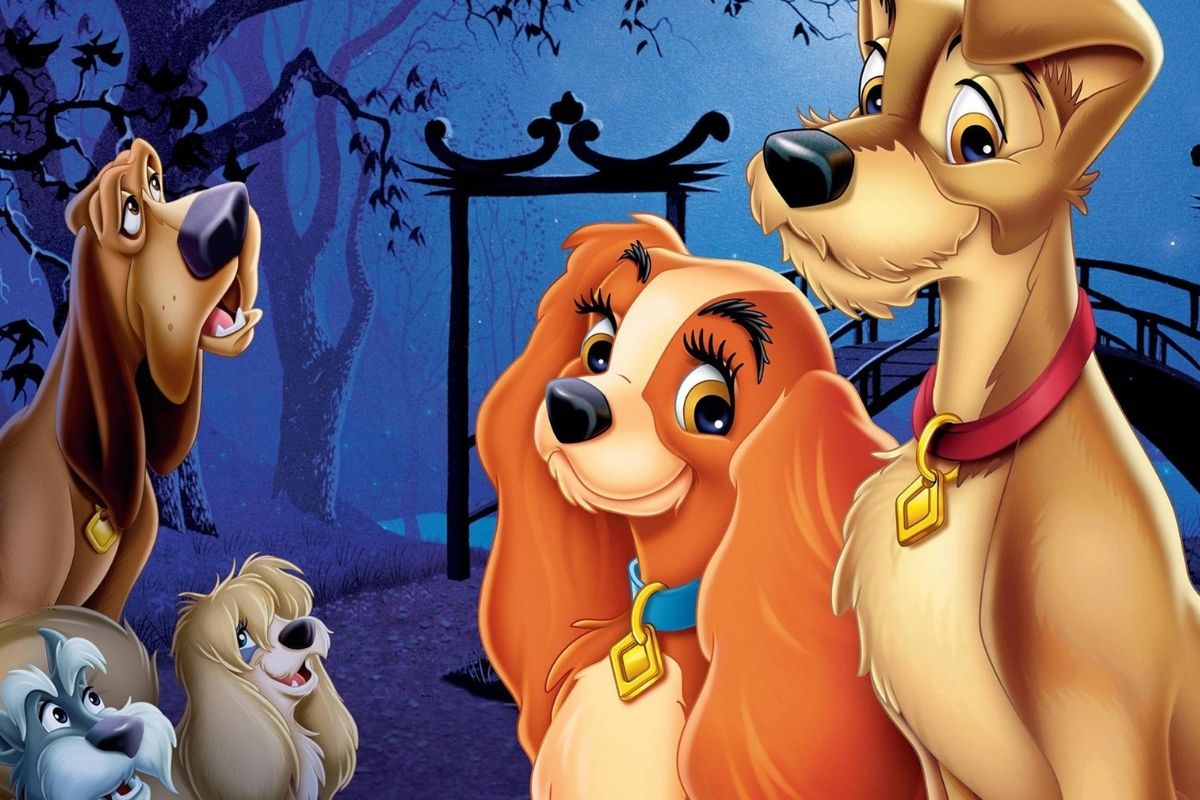 Not all great animal movies feature dogs! Here are some great TV series and movies without dogs that animal lovers will enjoy.

Avatar: The Last Airbender follows the adventures of 12-year-old Aang and his friends Katara and Sokka as they travel across their world to defeat Fire Lord Ozai. However, would any great story be complete without some epic animal friends? The Gaang, as they are nicknamed, travels with Momo, a flying lemur, and Appa, a flying bison. While the Gaang interacts with a variety of animals over the course of the story, Momo and Appa both support the Gaang and act as guides to the group over the course of the TV show. 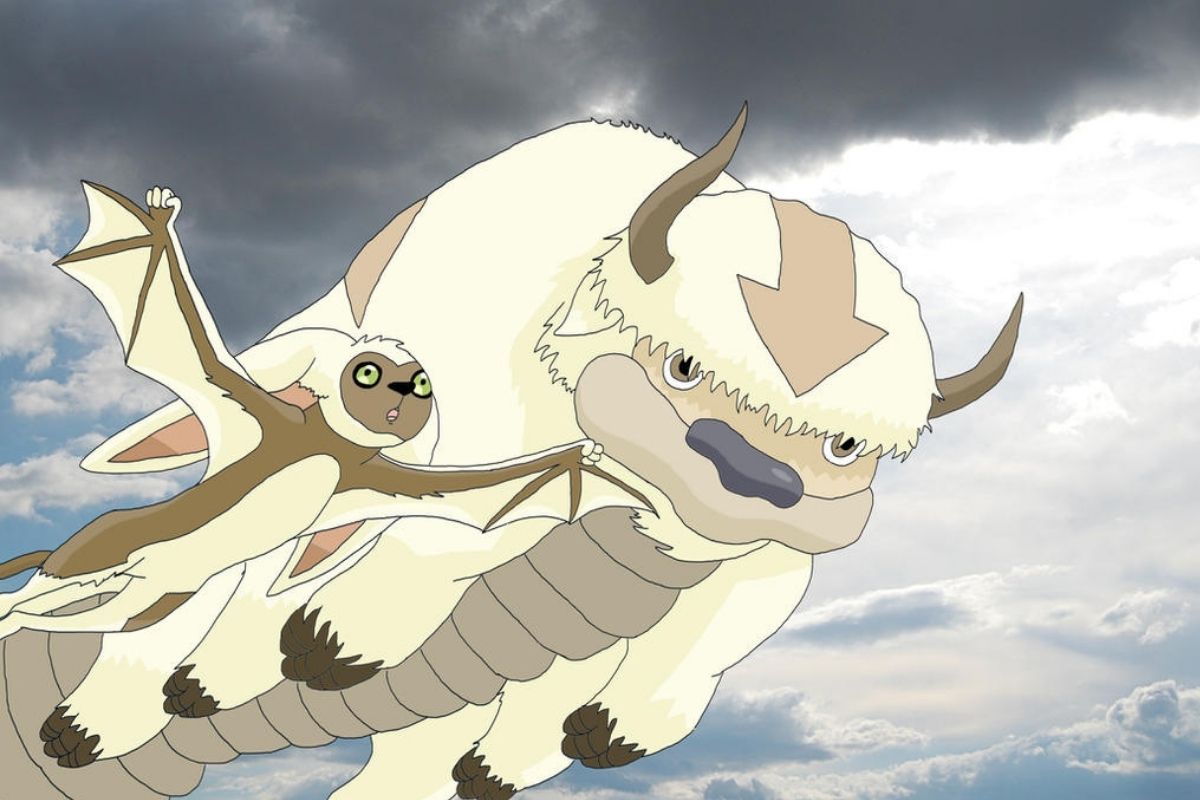 If you love Bob’s Burgers and cute animals, you’ll love this Kristen Schaal classic. This show follows twins, Dipper and Mabel Pines, as they work for their Gruncle (great uncle) Stan at his curiostore for a summer. While hosting a carnival, Mabel adopts Waddles, a pig, and keeps him for the rest of the summer (and eventually takes him home to California). Waddles accompanies Dipper and Mabel through their many adventures in Gravity Falls. 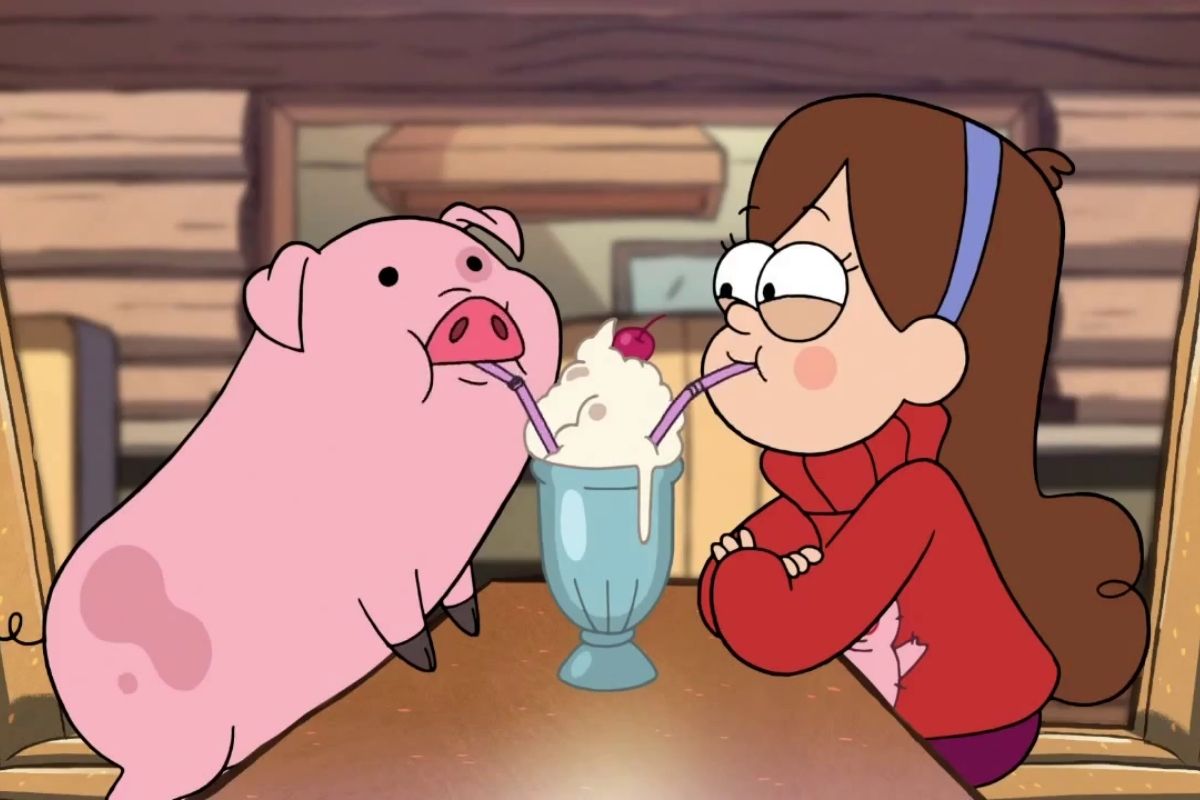 Want a more fantastical option than a girl and her pig?

In DreamWork’s How to Train Your Dragon, Hiccup lives as a member of a village known for killing dragons. However, when faced with killing a dragon attacking his village, Hiccup is only able to maim one of them. He’s not as tough as his mighty father. A guilt-ridden Hiccup then goes to find the injured dragon. He names him Toothless as he works to fix him up and teach him how to fly again. While developing this trust, Hiccup works with his classmates to accept and partner with dragons instead of hunting them. However, will his Viking father accept this change? Can the village change their ways to see dragons as friends, not foe? 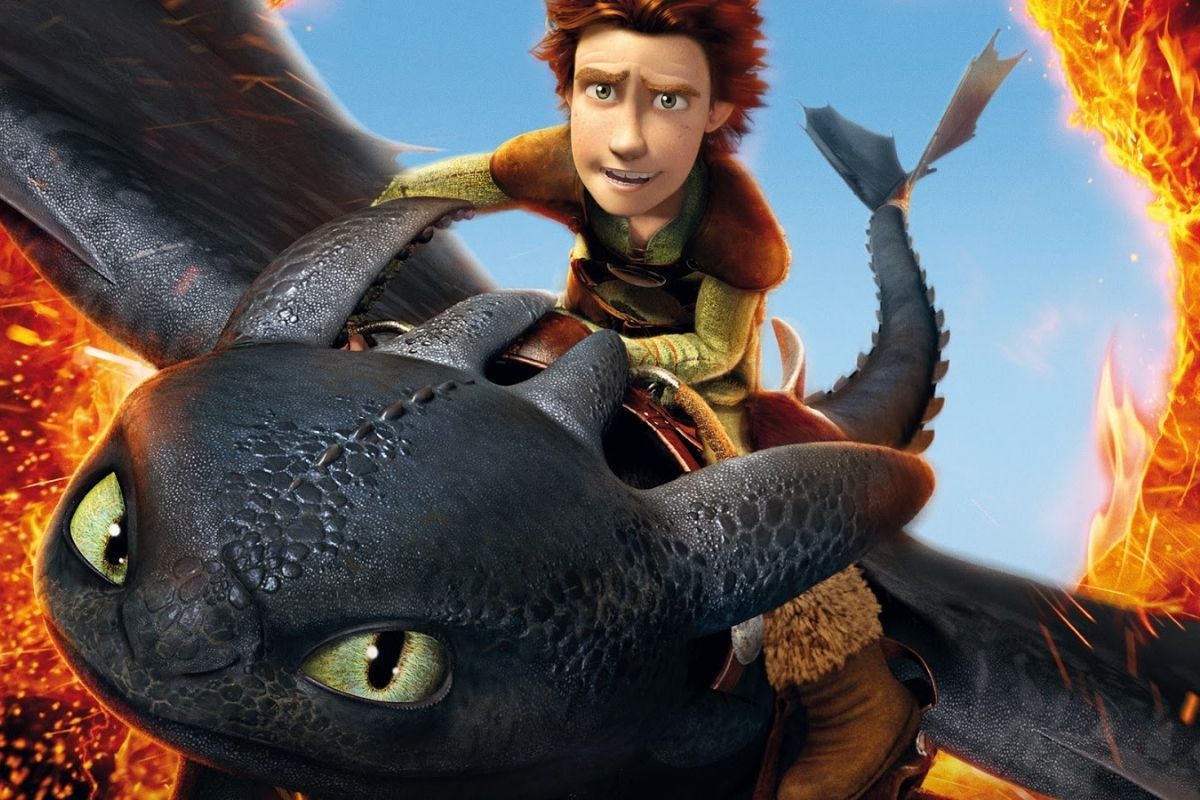 How would you feel if we offered you a movie that’s essentially animals performing on American Idol? Sing chronicles Buster Moon as he tries to save his struggling theater by hosting a talent contest. Moon picks eight acts in an attempt to host one last event that will pull his theater from bankruptcy. However, will the koala, sheep, lizard, pigs, porcupine, gorilla, mouse, and elephant be able to pull the theater from ruin? Or will the bank take over the failing theatre? 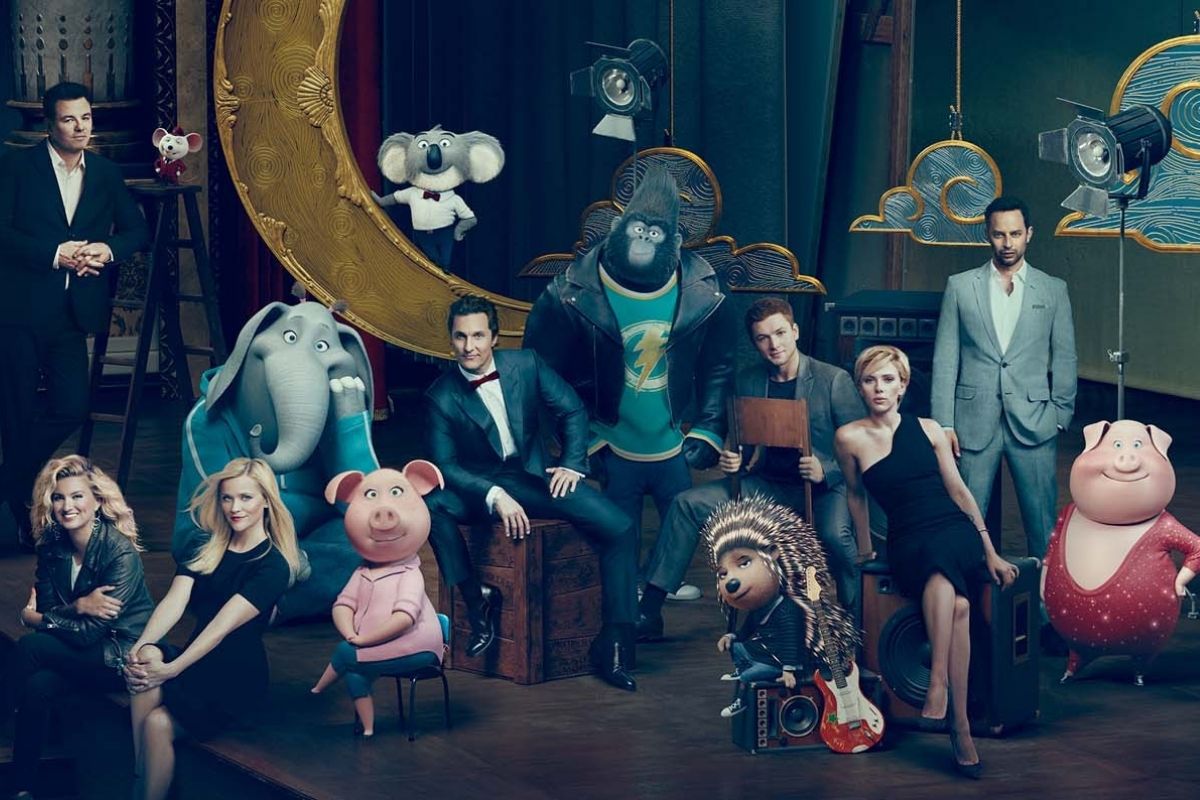 What Do You Think Are the Best Dog Movies?

It’s so difficult to pick a favorite when it comes to movies. It becomes even more difficult when you have to choose between movies that feature pets. Did we include what you think are the best dog movies on this list? Do you prefer movies with animals other than dogs? Let us know in the comments!

Looking to adopt a dog of your own? Check out our guide on how to find the right dog for you! 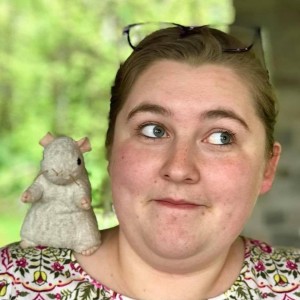 Rachel Lowrie is a high school English teacher with a passion for reading and writing. She loves finding easy solutions to big problems. Rachel and her husband recently adopted their first dog after raising 3 guinea pigs.

PrevPreviousHow to Rehome a Pet: Finding a New Family for Your Animal
NextThe 13 Best Handmade Pet Earrings on EtsyNext